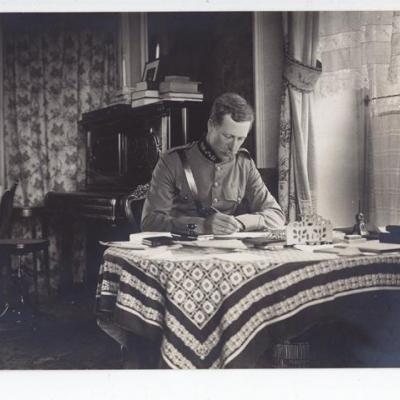 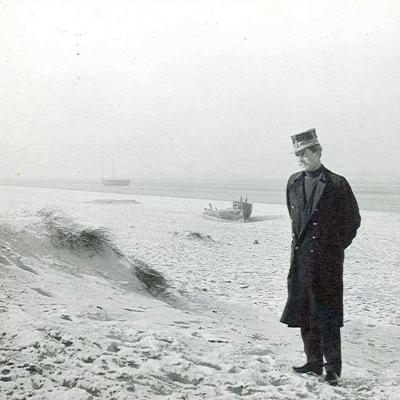 1906
Albert founded the "Ibis" institution, a home and school for the orphans of fishermen.

1913
On August 30th, enactment of the law introducing general military services (conscription of all the sons of a family).

1914
On August 2nd, King Albert took effective command of the Armed Forces, in accordance with Article 68 of the Constitution.

1918
After the Armistice on November 11th, King Albert, Queen Elisabeth and the Princes made a triumphal entry into Brussels, on 22 November.

In his speech from the throne on November 22nd, King Albert announced major reforms: Introduction of universal suffrage, effective equality of the two national languages, and the switch to Flemish at the University of Ghent; recognition of trade union freedoms and the extension of social legislation.

1928
Creation, on the initiative of King Albert I, of the National Scientific Research Fund (FNRS) to encourage industrial development. .

1934
On February 17th, the King died tragically following a fatal fall in the rocks of Marche-les-Dames. A large number of veterans of the Front accompanied their Commander to his final resting place.