The Belgian Army had three categories of military horses: horses for officers, for the troops and draught horses. Furthermore, hinnies and mules were used as pack animals. The doctors devoted a large part of their work to preventive treatment. They advised on purchase and housing, on feed and use of the animals. Furthermore, they were responsible for training of the staff in veterinary infirmaries and of the blacksmiths. They also regularly visited the military bakeries and slaughterhouses to check on hygiene.

To evacuate and treat the military horses and to put them back into action the veterinary surgeons were assisted by NCOs and soldier grooms. The triage of wounded and sick military horses went as follows:

1. The primary treatment took place on the spot, after which the horses could immediately keep accompanying the troops.

2. Horses that would be out of action for a limited period of time were treated in the two veterinary division infirmaries near Vinkem and Sint-Rijkers (‘Infirmerie vétérinaire de Division’ or IVD).

3. Horses that would be out for at least two months were treated in the veterinary evacuation infirmary near Adinkerke (‘Infirmerie vétérinaire d’Evacuation’ or IVE).

4. Horses that could be put back into action after a long recovery period as well as those that were awaiting final rejection, stayed in the general veterinary infirmary in Loon-Plage, near Dunkirk (‘Infirmerie vétérinaire d’Armée’ or IVA). The number of military horses available increased from about 20,000 in December 1914 to about 36,000 halfway through 1918.

New horses were purchased by the Remount Service which also obtained the advice of the military veterinary surgeons to this end. They purchased horses in the United States of America, but also in France, Great Britain and in unoccupied Belgium. The Remount Service also prepared the new animals for their work in the army. The veterinary service also took care of the military dogs and pigeons. The dogs were mainly used as draught animals. The breed especially suited for this task was the Belgian Mastiff. 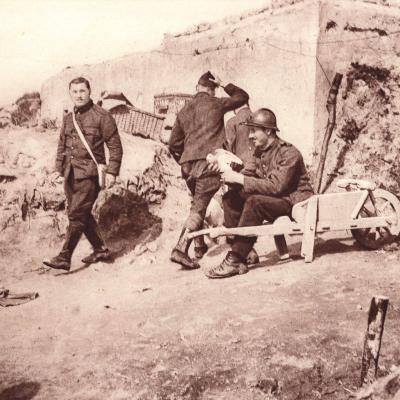 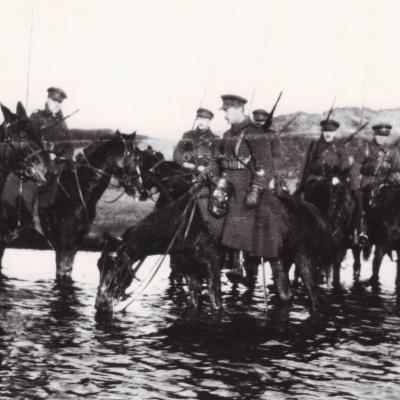 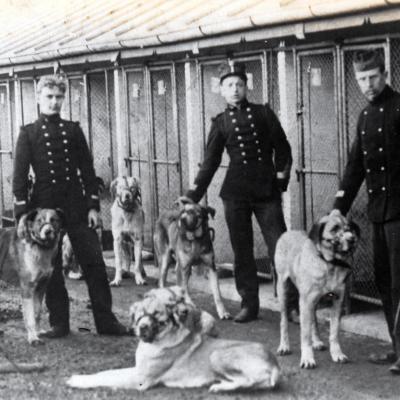 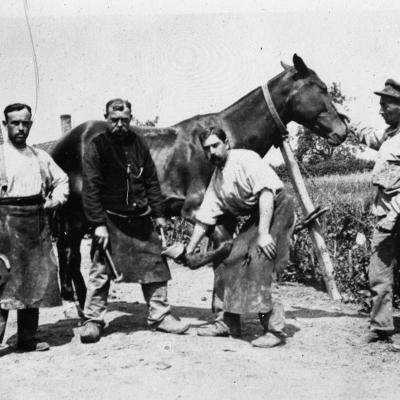