The Trench of Death

The Trench of Death consisted of two parallel trenches in the Yser dike at Kaaskerke near Diksmuide. The fighting trench was located close to the left bank, and the support trench behind it. The trench comprised observation and fi ring positions, bunkers and the ‘Mousetrap’ at the end, a position equipped with barbed wire fencing and a bunker with loopholes intended to stop Germanattacks from the direction of the ‘oil tanks’.

The actual observation post was called the ‘Horseman’. This post was built diagonally on the Trench of Death and comprised machine guns, trench mortars and an optical signal box. From that position the Belgians could open fi re on the German posts at the ‘oil tanks’ as well as on the opposite side of the Yser. In case of an enemy invasion into the Trench of Death it would even be possible to fire directly into the trench. 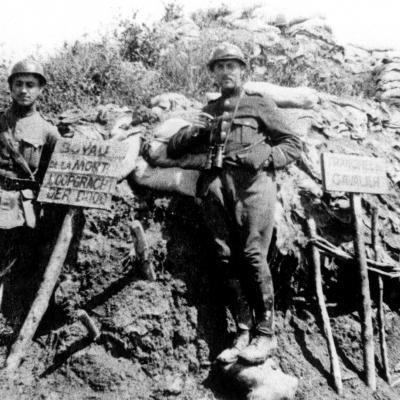 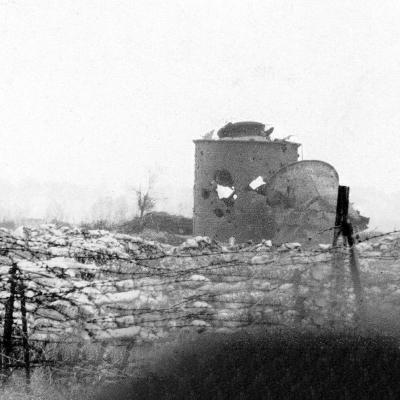 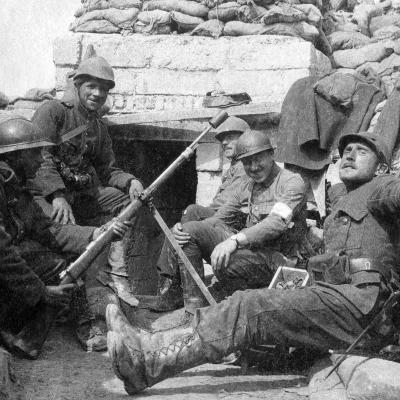 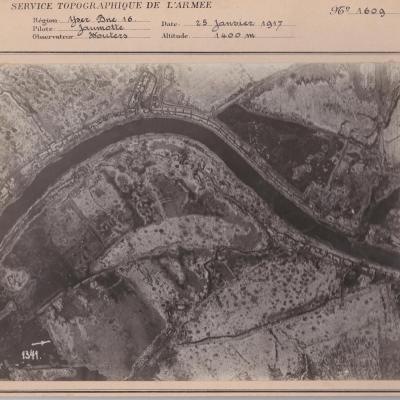