As from mid October 1914 Belgian ambulance services and hospitals were established in Veurne and in the vicinity of Calais (France).

The hospitals were reference centres where doctors could come and study the latest developments.
In addition to the traditional medical care such as surgery, ophthalmology, stomatology, urology and venereology they also had research labs in the fields of bacteriology, biochemistry, neurology and radiology.

Injured soldiers could convalesce in the physiotherapy and orthopaedics departments. The latter department had a workshop where prostheses were manufactured.
Finally every hospital had a pharmacy. In addition, many hospitals in France and Great Britain were made available to or were established by the Belgian Army.

Soldiers not only sustained injuries but also caught all kinds of diseases due to a lack of comfort and hygiene. Their health was further affected by vermin, the weather conditions, lack of rest and fear. 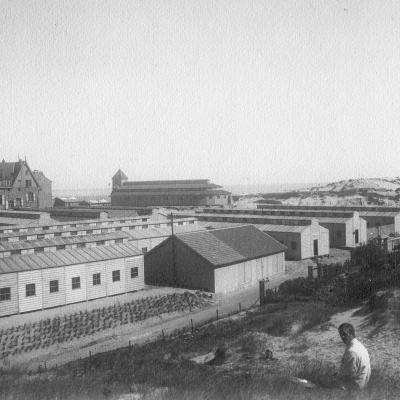 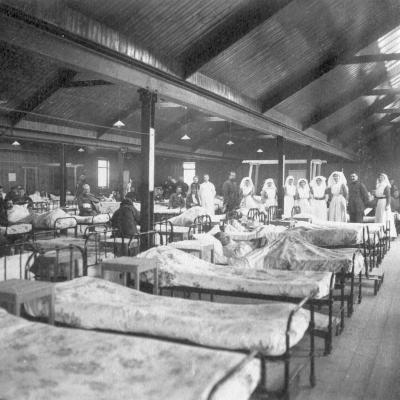 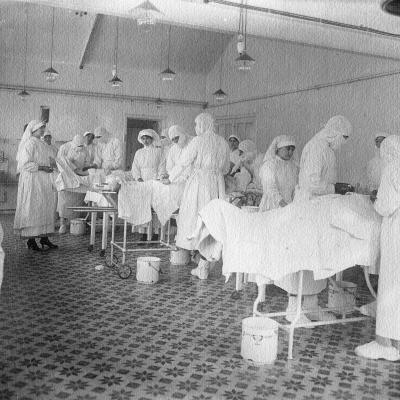 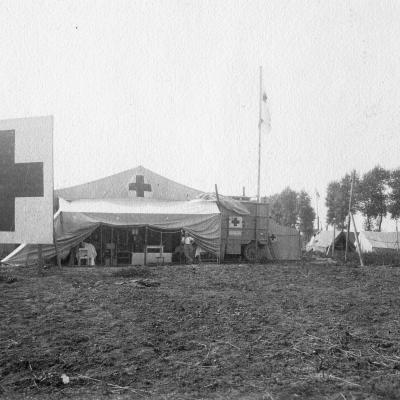 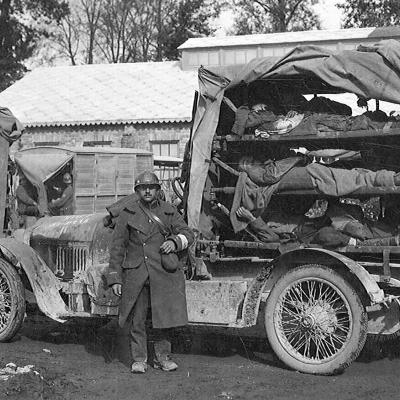